On September 29, 2016, Yeha Hwang, Dr. Sahar Khamis, Rabbi Deborah Reichmann, and Karina V. Korostelina joined us for a panel discussion on the contribution of women of faith to society in peacebuilding and social harmony at the IITS Mosque in Fairfax, VA.

Yeha Hwang serves as the Associate Pastor of Christian Formation at Fairfax Presbyterian Church, overseeing and providing programs that foster and nurture disciples of Christ for all ages. After receiving a bachelor’s degree from the University of Maryland, Yena went on to receive a Master of Divinity degree from the Princeton Theological Seminary. During her seminary training, she served as Sunday School Director at Cho-Dae Presbyterian Church in Paramus, New Jersey and Youth Director at Beltsville Presbyterian Church in Beltsville, Maryland. Returning to Maryland, she served in a number of positions including Director of English Ministry at Beltsville Presbyterian Church and a Pulpit Supply Preacher for the Korean Presbyterian Church of Rockville. From 1998 to 2002, she served in an unordained role as an English Ministry Associate Pastor for Binnerri Presbyterian Church in Richardson, Texas. After receiving a Master’s degree in Marriage and Family Therapy in 2005, she again returned to the National Capital area, to serve as Associate Pastor in charge of the English Ministry at Wheaton Community Church, where she was ordained as a Teaching Elder in 2007. While serving at Wheaton, she was called to serve first as Vice-Moderator (2010) and then Moderator of the National Capital Presbytery (2011). As part of this service, she served as a Commissioner of the National Capital Presbytery to the 219th General Assembly. Yena delivered the closing message at the 220th General Assembly.

Dr. Sahar Khamis is an expert on Arab and Muslim media, and the former Head of the Mass Communication and Information Science Department in Qatar University. She is a former Mellon Islamic Studies Initiative Visiting Professor at the University of Chicago. She is the co-author of the books: Islam Dot Com: Contemporary Islamic Discourses in Cyberspace (Palgrave Macmillan, 2009) and Egyptian Revolution 2.0: Political Blogging, Civic Engagement and Citizen Journalism (Palgrave Macmillan, 2013). Additionally, she authored and co-authored numerous book chapters, journal articles and conference papers, regionally and internationally, in both English and Arabic. She is the recipient of a number of prestigious academic and professional awards, as well as a member of the editorial boards of several journals in the field of communication, in general, and the field of Arab and Muslim media, in particular. Dr. Khamis is a media commentator and analyst, a public speaker, a human rights commissioner in the Human Rights Commission in Montgomery County, Maryland, and a radio host, who presents a monthly radio show on “U.S. Arab Radio” (the first Arab-American radio station broadcasting in the U.S. and Canada).

Rabbi Deborah Reichmann serves the Washington DC metropolitan area where she officiates life-cycle events for Jewish and interfaith families. She is also the Executive Director at the Hebrew Free Loan Association of Greater Washington, an organization that has provided interest free loans to the Jewish community since 1909.  She was ordained as a rabbi from the Jewish Spiritual Leaders Institute in 2012, is an associate member of the Union of Jewish Universalist Communities (UJUC) and is a member in good standing of the International Federation of Rabbis. She received a BA (Bachelor of Arts), JD (Juris Doctor) and MALS (Master of Liberal Studies) from Georgetown University, and also has a MPH (Master of Public Health) from Johns Hopkins University School of Public Health.  Her previous work experience includes seven years as staff member of the Campus Ministry Department at Georgetown University where she implemented religious programming for the Jewish community, as well as interfaith programming for all students. Before that, she spent a decade as a health policy attorney.  In this capacity, Ms. Reichmann worked as in-house counsel at industry associations with a focus on advocacy and analysis of healthcare legislation and regulations on local, state and federal levels. As such, her primary focus was on public programs, specifically Medicare. 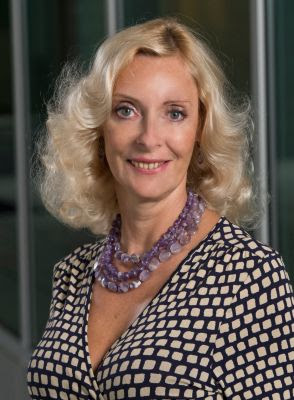 Karina V. Korostelina is a Professor and a Director of the Program on History, Memory and Conflict at the School for Conflict Analysis and Resolution, GMU. She is a leading expert on identity-based conflicts, peace culture, conflict resolution and peacebuilding. Her recent interests include the study of intergroup insult, civilian devastation, the processes of politicization of history, and role of history education in conflict and post-conflict societies. She has been Fulbright New Century Scholar, has participated in the Regional Scholar Exchange Program, administered by the Kennan Institute, Woodrow Wilson Center and in the CRC Nationalism session at the Curriculum Resource Center of the Central European University. She has received 38 grants from the MacArthur Foundation, Luce foundation, Spenser Foundation, Ebert Foundation, Soros Foundation (Research Support Scheme, Managing Multicultural Communities Project, Renaissance Foundation), the United State Institute of Peace, US National Academy of Education, Bureau of Educational and Cultural Affairs of USDS, USAID, INTAS, IREX, and Council of Europe. The results of her research were presented at numerous international conferences and in more than 80 articles and chapters. She is an author or editor of 15 books including authorship of The Trump Effect (2016), International Insult: How Offence Contribute to Conflict (2014), Constructing Narrative of Identity and Power (2013), History Education in the Formation of Social Identity: Toward a Culture of Peace (2013), Why they die? (2012), The Social Identity and Conflict (2007), and Structure and Dynamics of Social Identity (2003), She is an editor of History Can Bite – History Education in Divided and Post-War Societies (2016), History Education and Post-Conflict Reconciliation: Reconsidering Joint Textbook Projects (2013), Forming a Culture of Peace: Reframing Narratives of Intergroup Relations, Equity, and Justice (2012), Civilians and Modern War: Armed Conflict and the Ideology of Violence (2012), Identity, Morality and Threat (2006) and Interethnic Coexistence in the Crimea: The Ways of Achievement (2002).