The Rumi Forum hosted a community panel event on Thursday, April 6th, 2017  that involved an engaging discussion on civil rights and liberties.

Communities Together for Civil Rights and Liberties

“Those who would give up essential Liberty, to purchase a little temporary Safety, deserve neither Liberty nor Safety.” Ben Franklin for the Pennsylvania Assembly in its Reply to the Governor (1755)

The context to what we attribute this quote to now is different since moving into the 21st century but, the core of the quote speaks volumes to today’s reality. It is the right of the legislature to govern in the interest of collective security however, it is as well the people’s right to speak out and be heard against those collective decisions to which encroach upon any individual’s rights or liberties. Unfortunately, we have moved into a time where the rights of minorities, women, religious groups, etc. are continually threatened. In order to maintain a peaceful and harmonious society we the people need to be vigilant against the encroachment of rights and liberties that affect us and our neighbor and need to stand together in finding and maintaining the delicate balance between our collective security and the protection our liberty.

On April 6th, 2017 the Rumi Forum hosted a community panel focusing on civil rights and liberties as part of the recurring Abrahamic Discussion Series. This event was particularly salient in today’s political climate and offered an opportunity for people with a range of backgrounds to come together in an effort to maintain a harmonious, peaceful and tolerant society. The event reaffirmed that the balance between collective security and individual liberty should never come at the cost of someone else’s freedoms. The panel featured distinguished guests and leaders in the field of civil rights and liberties.

The first speaker, Monica Hopkins-Maxwell, has been the Executive Director of the ACLU of the District of Columbia since 2014. She previously worked as the Executive Director of the ACLU of Idaho where she oversaw statewide victories for LGBT equality, immigrants’ rights, and criminal justice reform. She spoke about the proud of the history of the ACLU as a defender of immigrants, minorities and underprivileged populations and how the organization’s mission has become even more relevant in the modern political climate. In addition, she stressed how important it is to work together with other groups and communities in order to be at the forefront of protecting civil liberties. In Washington, D.C. specifically, it is challenging to maintain a strong stance as a welcoming place for people of all identities because of the proximity to partisan politics. Hopkins-Maxwell discussed the role of the ACLU and other organizations in holding the government, both federal and local, accountable for their actions.

The next speaker was Rabbi Laura Rappaport, Assistant Rabbi, and Educator at Temple B’nai Shalom. She has experience as a chaplain, non-profit director, and educator, as well as a pulpit rabbi and Director of Congregational Learning. She shed light on what Judaism has to say on the topic of civil liberties. Throughout Jewish history, Jews have often lacked security and were often denied the protections and rights given to other groups. As such, communities created their own security, through relationships, institutions, and programs to make sure that every individual was taken care of and protected. Jewish tradition places a lot of value on caring for others since every person is created in God’s image and should be treated with respect and dignity. Because the Jewish story of creation involves just two people – Adam and Eve – no one today should claim to be superior to anyone else since we all come from the same family. Rabbi Rappaport also mentioned that the holiday of Passover tells the story of Jewish persecution and oppression, and teaches Jews the value and importance of freedom and civil liberty. This religious legacy means that Jews have the obligation to fight for justice and security, not just within their own community, but to everyone in the world.

Following Rabbi Rappaport, the audience heard from Talib M. Shareef, President, and Imam of Masjid Muhammed. Imam Shareef is a retired Chief Master Sergeant of the U.S. Air Force and holds an MBA from American Intercontinental University, as well as a diploma from Imam Muhammed ibn Saud Islamic University. He has served as an Imam in over ten cities and military locations around the world and has received many honors and awards for his commitment to interfaith dialogue.  Imam Shareef also spoke about the story of creation and the making of Adam, who gave all of us a common human identity. He explained how the human identity is fundamental to our existence and should take precedence over any other identity that we give to ourselves because it connects all people as equals. This common identity makes it clear that all people should be treated equally and given protection because we are all the children of Adam and deserve the same liberty, rights, and opportunities. These principles translate to current political situations and Muslim communities in the United States, as well as other minority communities. The religious principles that advocate equality and justice also compel us to act and work for change.

The final speaker was Reverend Kristen Looney, Project Director of the Religious Freedom Center at the Newseum Institute. Looney specializes in religious education and has facilitated workshops for students all over the world. She is an Episcopal priest in the Diocese of Maryland and a graduate of Yale Divinity School as well as the College of Wooster. Reverend Looney also spoke about the important lessons that can be learned from scripture and holy texts. Each of us is made in the image of God, and thus deserving of respect and justice. She talked about how she views it as her mission to defend the rights of everyone to live the way they choose, no matter their identity or beliefs. This idea is symbolized in the baptism ceremony, where the entire congregation pledges to protect and defend all people with the help of God. By acknowledging the responsibility of the community to take action, as well as the sometimes limited scope of human capability, the pledge serves to inspire individuals to do better, and do more, to help those who are in need. This idea was internalized by the founders of the United States and is canonized in our founding documents, making it even more crucial that we fight to create a country that lives up to the standards that were set at the very beginning. 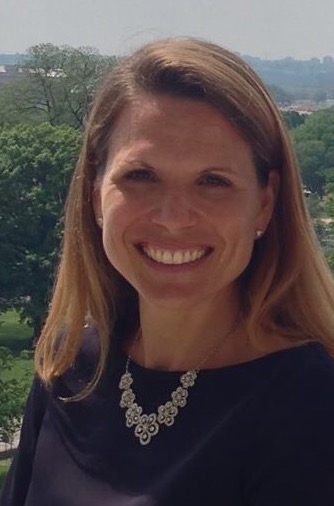 The Reverend Kristen Looney is the Project Director of the Religious Freedom Center of the Newseum Institute. As a religious leader and educator, Kristen specializes in developing partnerships, training, and equipping leaders with dialogue skills.

Kristen is formerly the Head of Programs and Partnerships for the Tony Blair Faith Foundation (TBFF) in the United States. Kristen worked for TBFF in their London office for two years before returning to lead the strategy and expansion of its Face to Faith global schools program in the US. As a trained facilitator Kristen facilitated over 130 global videoconferences with students around the world. Kristen is an Episcopal priest in the Diocese of Maryland. She is an awarded graduate of Yale Divinity School (M.Div.), studied at the University of Freiburg, Germany – Junior Year Abroad, and is an honors graduate from the College of Wooster (B.A.) in religion and German. 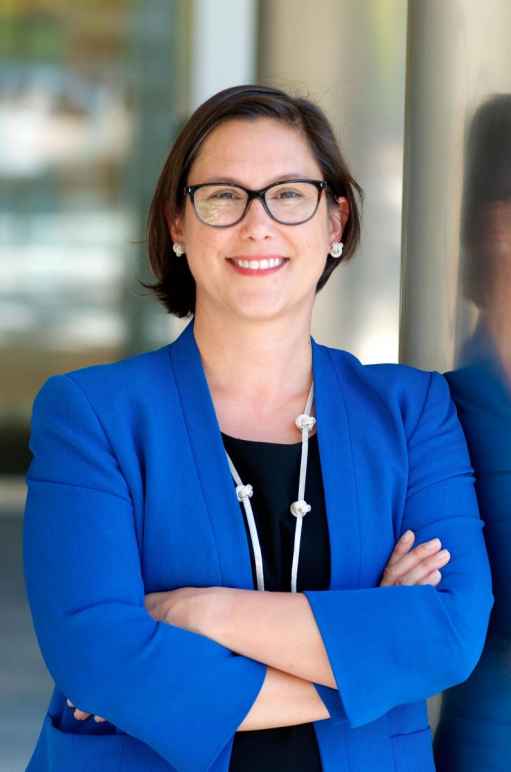 Prior to joining the ACLU, Monica had a distinguished career in the nonprofit sector which included executive and development positions.She currently serves on the Advisory Board for Boise State University’s College of Social Sciences and Public Affairs and has been a recipient of numerous awards including the Idaho Business Review’s “Accomplished Under 40” and Women Making History Award. In 2008, she was a Rotary Group Study Exchange participant in Sri Lanka and in 2012-13, she was a Rockwood Leadership Institute Fellow for LGBTQ Advocacy. 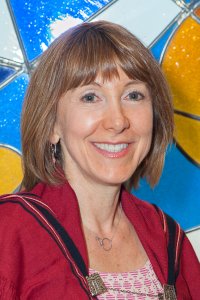 Rabbi Laura Rappaport is  Assistant Rabbi and Educator at the Temple B’nai Shalom.  She brings a wealth of experience as a pulpit rabbi, a Director of Congregational Learning, a board-certified hospital chaplain, a director of non-profits, an adjunct college faculty member, an educator for all ages in many settings and the mother of two.

Rabbi Rappaport grew up in rural Northwest New Jersey and received her B.A. in Psychology from the University of Pennsylvania.  She received her M.A.H.L. and Rabbinic Ordination from Hebrew Union College-Jewish Institute of Religion (Jerusalem and Cincinnati campuses).  She has also completed Masters’ level courses in Bio-ethics from Rush University and University of Washington and Doctoral level courses in Jewish Studies from Spertus College in Chicago. 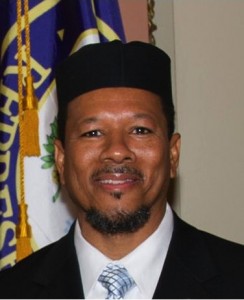 Talib M. Shareef is President and Imam of the historic, Nation’s Mosque, Masjid Muhammad, located at 1519 Islamic Way, (4th Street), NW, Washington, DC. Imam Shareef, is a retired Chief Master Sergeant of the United States Air Force after 30 years, and holds a Masters of Business Administration from American Intercontinental University, a Diploma from the Imam Muhammad ibn Saud Islamic University, and is a graduate of the Defense Language Institute Foreign Language Center in Arabic and Middle East studies. He is a student of the late Imam W.D. Mohammed, Muslim-American Spokesman for Humanity.

Imam Shareef served as Imam in five U.S. cities and seven military locations around the world, and as convener, Georgia State Association of Imams.  He led a historic interfaith delegation to Italy and received for a meeting at the Pontifical Council for Interreligious Dialogue. He was one of the signers in Nigeria to the Abuja Peace Declaration organized by the International Global Peace Foundation and the Institute for Peace and Conflict Resolution.  He was the first Imam with military service to offer prayer at an opening session of the U.S. Congress. His military service yield’s major honors and medals.  Other awards include Denver’s Spectrum Newspaper’s “Who’s Who” among African American Leaders; Muslim Journal’s 2011 Imam of the Year; Command Roy Wilkins NAACP Leadership Award.  Imam Shareef and wife, Tahirah, have three children, seven grandchildren, are custodial parents of three others and have served as foster parents for several children.