On Wednesday, February 22nd, 2017 the Rumi Forum hosted Justin Lowry of George Mason University’s Institute for Immigration Research for a presentation on the economic impact of immigrants.

The Institute for Immigration Research at George Mason University aims to refocus the immigration conversation among academics, policy-makers, and the public, including the business community and media, by producing and disseminating unbiased and objective, interdisciplinary academic research related to immigrants and immigration to the United States. As a joint venture with The Immigrant Learning Center, Inc. (ILC) of Massachusetts, the research conducted by the IIR examines the economic impact of all immigrant groups, with particular emphasis on economic contributions of immigrant entrepreneurs possessing high levels of education or skills. The IIR’s concentration on economic questions is nuanced by a socially oriented scientific perspective.

Justin Lowry will be presenting these findings related to IIR’s Immigration Data on Demand (iDod) service. This service helps individuals and institutions examine the immigrant populations of their particular geography, and will demonstrate how immigrants provide vital contributions to the economy and society of our nation. Ultimately, the goal of the iDod project is to create collaborations and connect people with data from their particular region or sector of interest on immigrant populations.

Immigration Data on Demand, or iDod, is a tool designed to help communities understand the unfiltered statistics of immigrant populations. Created by the Institute of Immigration Research at George Mason University, iDod helps dispel xenophobic myths and establish educated narratives surrounding the impact of immigrant populations. The Institute, and iDod focus on one specific goal: to test the concept that immigrants are not active contributors to the United States.

The Institute of Immigration Research was not always focused on community involvement. In 2012, their main goal was to revamp the immigration legislation that was being introduced to the 112th Congress. Although the plethora of extensive research was presented to congressional members, it was not widely used. After introspection and internal dialogue, the Institute of Immigration Research realized that they framed their findings as academic economists. Instead, they now focus on providing immigrant community organizations with data tailored to their own neighborhoods. The statistics, which are available at no cost, range from a list of languages spoken to the most common occupation seen in immigrant communities. The in-depth research allows for an incredibly efficient microlevel analysis which helps clarify narratives and personalize projects even further.

When applied to Washington D.C., audience members saw the transparent benefits of iDod. According to iDod, 80% of the immigrant community, 25 and older, holds a Bachelors Degree. The importance of this data cannot be overstated. Too often does the narrative surrounding immigrant populations devolve into fears of losing jobs, increased crime rates, and a rise in drug abuse. However, the data iDod provides refutes any xenophobic ideologies.

IDod is not a perfect database, most of their data originates from public sources such as other data services and the U.S. Census. In addition, their data sets and maps may be confusing to some. However, the tool is completely customizable for each community; and its applications are limitless. To learn more, or request data, go to their website iir.gmu.edu/idod. 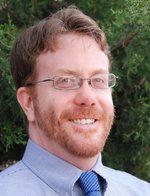 Justin Patrick Lowry: Dr. Lowry is a specialist in spatial analysis of Social Phenomenon. His research takes the Anthropological perspective, using cross-cultural understandings, to shed new light on the studies of migration and immigration in the ancient and modern world. He is currently a post-doctoral fellow at the Institute for Immigration Research, where he directs research projects that help to elucidate the relationship between immigrants and the United States economy.

Additionally, his experience in Maya and Central American archaeology focuses on the impact of trade in the ancient world and on the early development of economic hierarchies. His research is informed by an active field project at the site of Chiquilistagua, Managua, Nicaragua. Using GIS, he hopes to create a better understanding of the economic and social networks that existed in the ancient world. His current work with colleagues on obsidian sourcing in Nicaragua has allowed him to better characterize trade relationships between Central America and the Maya to the north. Using a combination of field and laboratory methods allow Dr. Lowry to study the ancient world, while teaching students about the process of research in archaeology. He frequently takes students on his field project in Nicaragua and on trips to see archaeological sites in Peru.